We're about halfway through June, so there's still plenty of time left to dive into TYRIAN, our game of the month. You can share your opinions on this game over on our forums.

In May we played DEATH RALLY, as suggested by M2tias. It's a great little shareware game, released by Apogee/3D Realms in 1996 and developed by Remedy Entertainment (who later made Max Payne, amongst other things). The game is full of racing, shooting and even Duke Nukem makes an appearance!

Joining Martijn and Florian for this episode are David (DavidN) and Oddvar (Dollarone). David previously made a cool video about the 3D Realms Anthology, which also includes Death Rally. You can check that out on YouTube.

During the podcast, we quickly mention the freeware Windows port of Death Rally, made by our Ludum Dare friend Jari Komppa. He has a great writeup of his story on his website.

GAME FOR JULY: Prince of Persia

We ran another poll on Twitter to help us determine which game we should play next. We didn't have a real plan this time, so we just put some great games from various genres in there, based in part on some entries from our suggestion forum.

Surprisingly, every game (except Larry) was in the lead at one point! It was really quite exciting and we had no idea which game would end up on top. But eventually the winner turned out to be Prince of Persia (Brøderbund, 1990), so that's what we'll play in July. 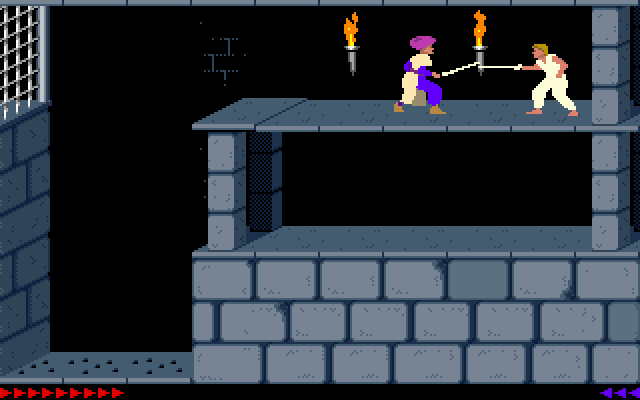 That's all for now! If you'd like to join us, please feel free to register an account, play the games with us and discuss them on the forums.

Until the next time!